Make a contribution directly to the artist at paypal.me

Seen her is an english interpretation of Markus Krunegårds interpretation of Silvana Imams song “Sett henne” featured on “Så mycket bättre“. The song is (recorded and) has just received approval for publishing my own version. The original love song is so dope, and when Markus Krunegårds sang his version on “Så mycket bättre” it just went straight into my heart. As if he sang for me. I’ve listened to his version over and over again. I usually don’t do covers but it was just natural to do my own version of it, letting my self know that I’ve seen her. I’ve seen her through all of it. The good, the bad and the ugly. Here’s a snippet from my lyrics:

“I’ve seen her quiet in pain

I’ve seen her dance in the rain

I’ve seen her take to the sky”

A long history of self portraits

I started drawing self portraits early on in life. Mostly with pencils but also charcoal. I’ve always wanted to be able to see myself clearly (from the inside and out), and I think that self portraits is an expression of that desire. It’s also a way of doing mirror work, and working on self love. Yes the world needs more of self love. Not malignant self love but the good stuff. When I started with photography in my teens it was natural to continue with black and white self portraits. Besides it’s very practical when you are a solo creator. Sometimes I’m assisted by my kids or family members, but most often it’s just me and my camera.

Creative adventures for an ambivert

Making music and creating my artwork is an introverts or ambiverts version of adventure. I have no idea of what’s coming next, and that’s what makes it so exciting. I trust the creative process, knowing that one thing leads to another. Sometimes a phrase pops into my mind, and I can tell it’s the beginning of a new musical adventure. Ideas as so volatile that I make sure I record it instantly on my phone or scribble it down on a piece of paper. Of all my creative endavours, music is the one that get’s me the most excited.

Generally I’m a musical lone wolf and play on my own. I rarely co-create with other artists. I started recording and producing my own music in 2013. A fellow artist and friend insisted on me publishing my music. She even lent me monitors to get me going. I bought the essentials – a mic, an iOdock for my Ipad and more. The first EP I released was Clarity. I got some great support and help from my hightech exhusband in the beginning but with time I learned to produce by myself. I do pretty much everything these days, from song writing to recordin and mixing (and mastering-ish) all the way to release via Spinnup.

I am a member of STIM. STIM is a non-profit member organisation tasked with ensuring that its more than 90,000 affiliated rightsholders and music publishers get paid when their music is used.

The association of Swedish illustrators and graphic designers 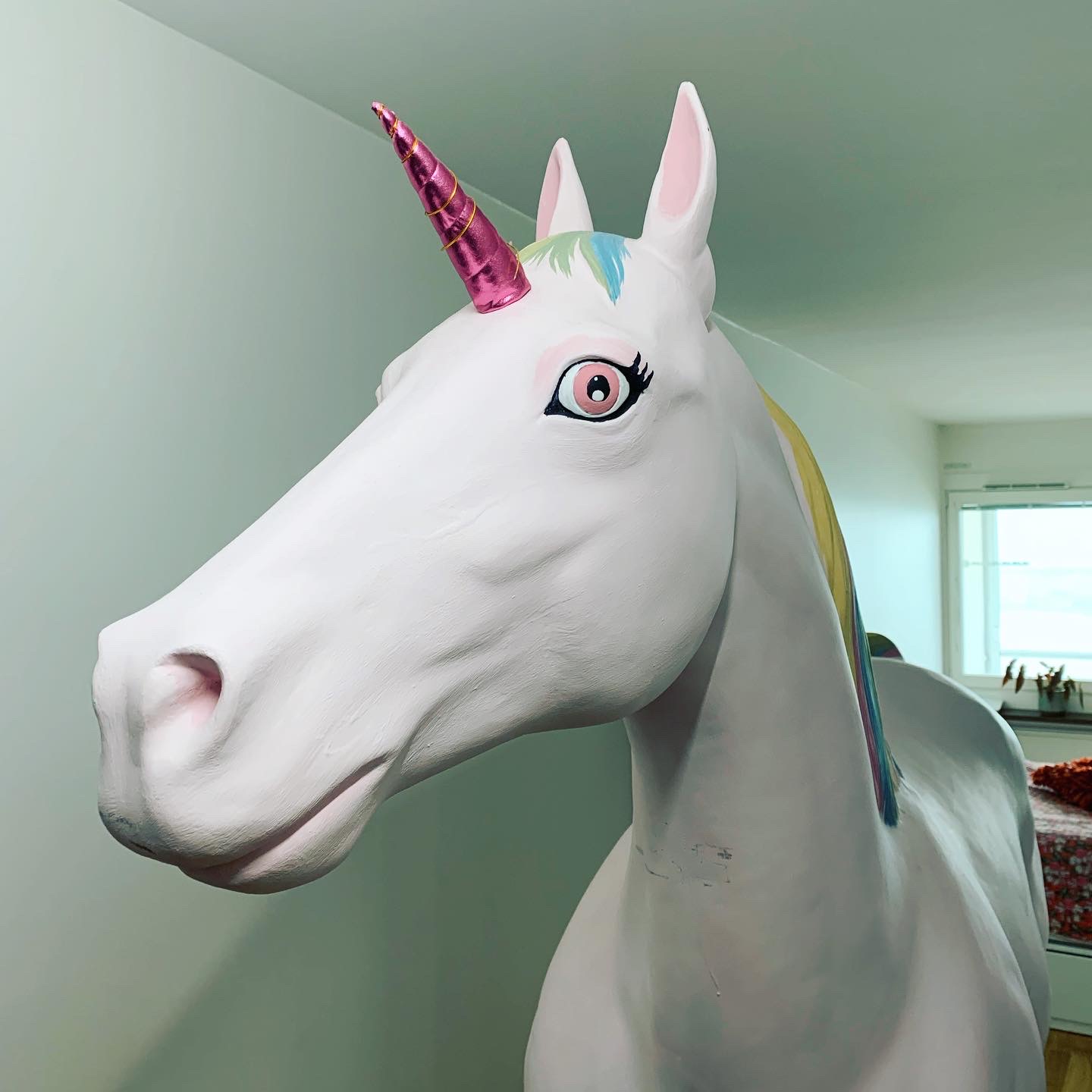 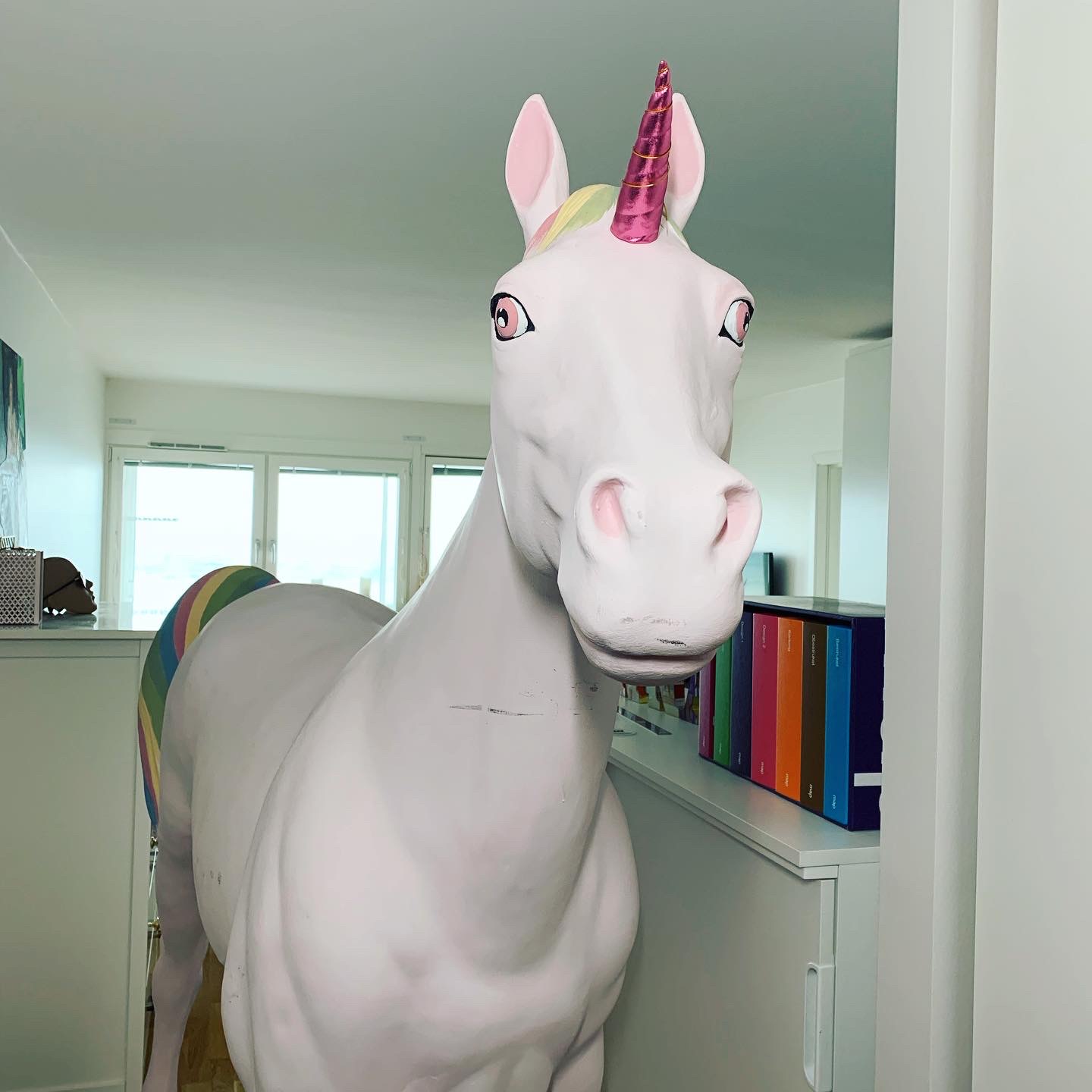 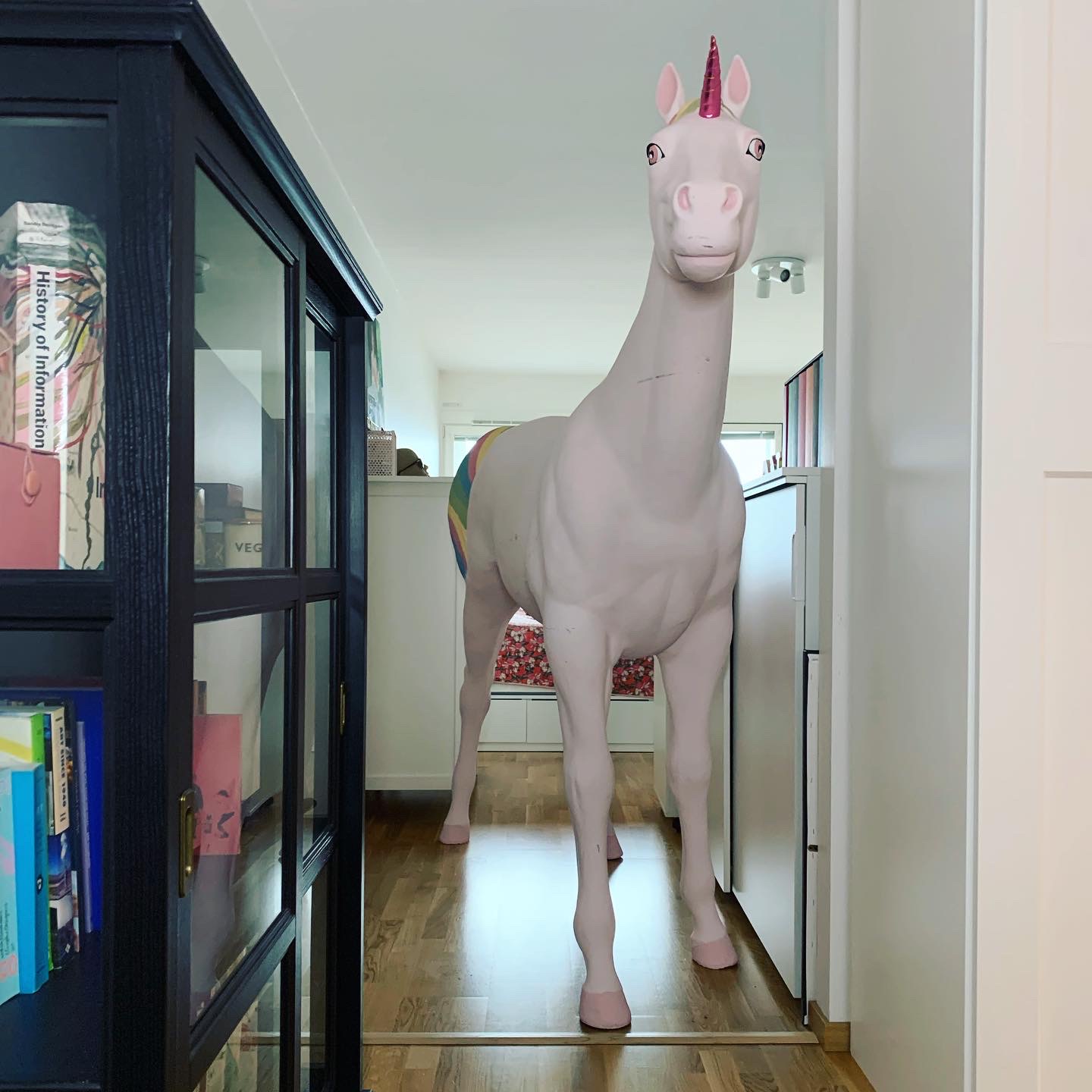 Tada! My very own full-size magical being who lives with me. My unicorn was an obvious modell for the unicorns in my coat of arms. It used to be a black horse (I sung about it in the song Joy) but it made an art transition into a unicorn a couple of years ago. Not only does it remind me of everyday magic, but also about space relativity.

We use cookies on our website to give you the most relevant experience by remembering your preferences and repeat visits. By clicking “Accept All”, you consent to the use of ALL the cookies. However, you may visit "Cookie Settings" to provide a controlled consent.
Cookie SettingsAccept All
Manage consent

This website uses cookies to improve your experience while you navigate through the website. Out of these, the cookies that are categorized as necessary are stored on your browser as they are essential for the working of basic functionalities of the website. We also use third-party cookies that help us analyze and understand how you use this website. These cookies will be stored in your browser only with your consent. You also have the option to opt-out of these cookies. But opting out of some of these cookies may affect your browsing experience.
Necessary Always Enabled
Necessary cookies are absolutely essential for the website to function properly. These cookies ensure basic functionalities and security features of the website, anonymously.
Functional
Functional cookies help to perform certain functionalities like sharing the content of the website on social media platforms, collect feedbacks, and other third-party features.
Performance
Performance cookies are used to understand and analyze the key performance indexes of the website which helps in delivering a better user experience for the visitors.
Analytics
Analytical cookies are used to understand how visitors interact with the website. These cookies help provide information on metrics the number of visitors, bounce rate, traffic source, etc.
Advertisement
Advertisement cookies are used to provide visitors with relevant ads and marketing campaigns. These cookies track visitors across websites and collect information to provide customized ads.
Others
Other uncategorized cookies are those that are being analyzed and have not been classified into a category as yet.
SAVE & ACCEPT